A closely fought Knockout Cup Final saw Meole A defeat Castlefields A by an aggregate of 7. After 5 games the fields led by 27 chalks but Meole A won the remaining 5 games to clinch the narrow victory. The man of the match award went to Julian Cooke (Meole A) for a fine 21-13 victory which started the Meole revival. In the consolation cup final Sir John Bayley recorded an emphatic victory over Telepost by a 69 chalk margin. Hayden Lewis and Clay Flattley being the only winners for Telepost. The man of the match award went to Ben Hudson of Sir John Bayley. Trophies were presented by Mr. Neil Jefferies representing the league sponsors Browns of Wem Ltd. The afternoon was well attended and our grateful thanks go to Greenfields Bowling Club for the excellent manor in which they hosted the event.. 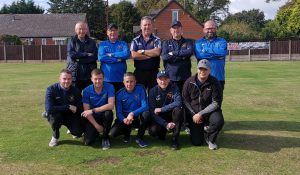 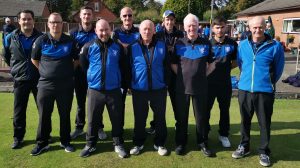